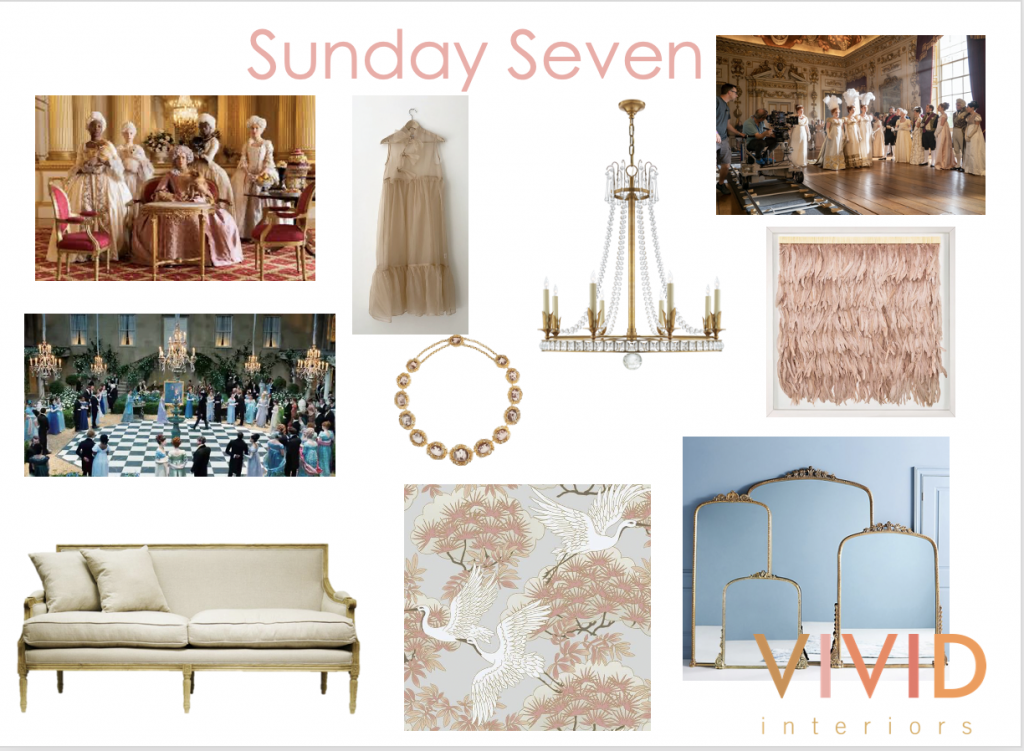 Ok, so, I confess that I have no binged “Bridgerton”.  The steamy new Netflix series based on Julia Quinn’s novels and produced by Shonda Rhimes (“Gray’s Anatomy” and “How to Get Away with Murder”). Bridgerton is set in the London Regency era and features the Bridgerton family whose eldest daughter is making her debut to society. The show can be described as Gossip Girl meets Downtown Abbey with black people. The scene and costume is pure candy, as is the Duke of Hastings played by Rege Jean-Page. 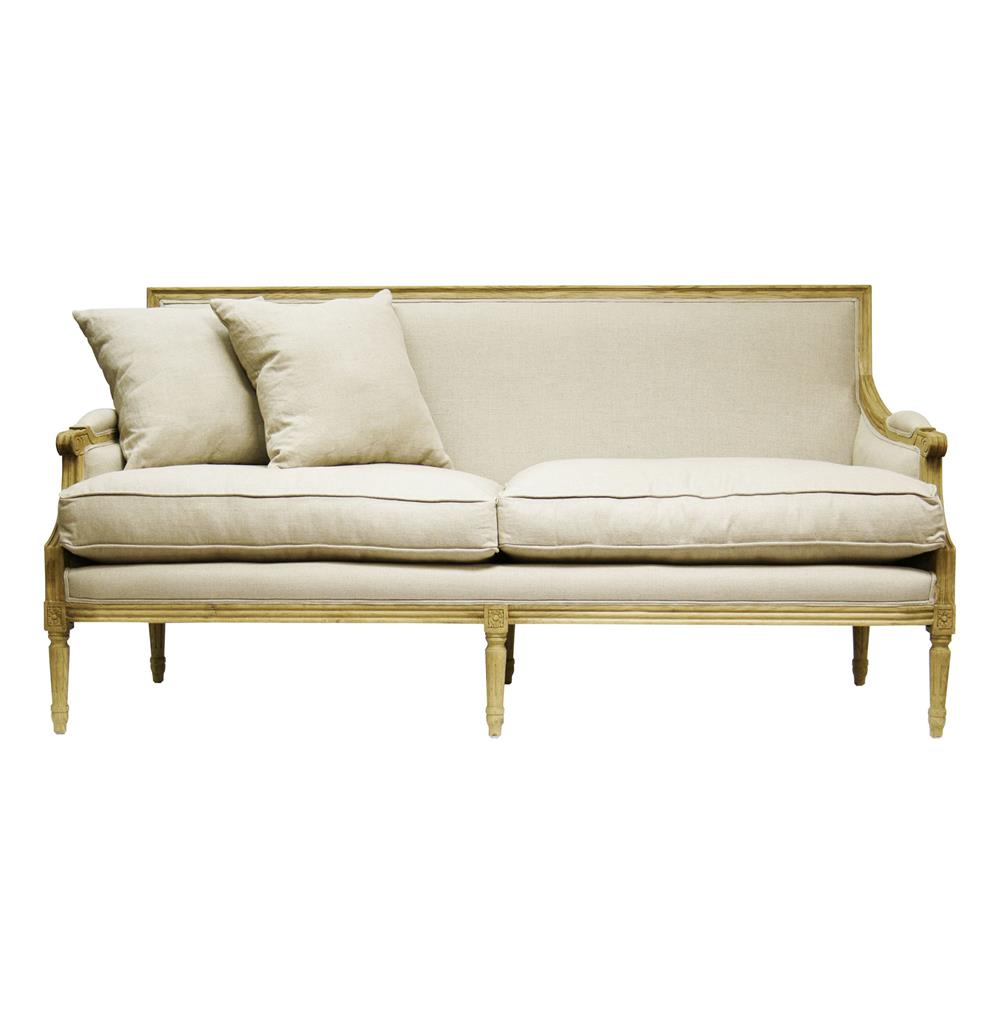 First on our list is this Regency style sofa from Zentique. It’s a classic piece as it is, but it could be so cool in a bold color velvet or a big bold pattern. 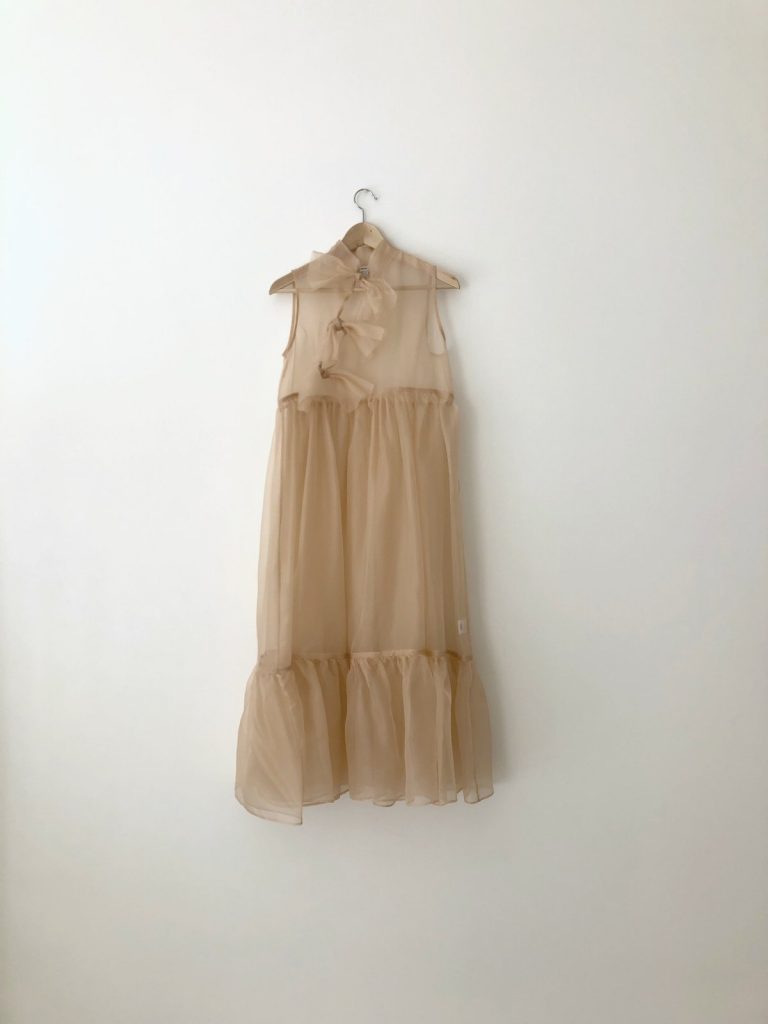 Regency gowns often had an empire waist and pushed up the girls. I couldn’t quite find anything modern that fit the bill, but I did find this Kamperett Mae Dress from Garmentory in silk that is beautiful. It comes in multiple colors including a hand painted silk. 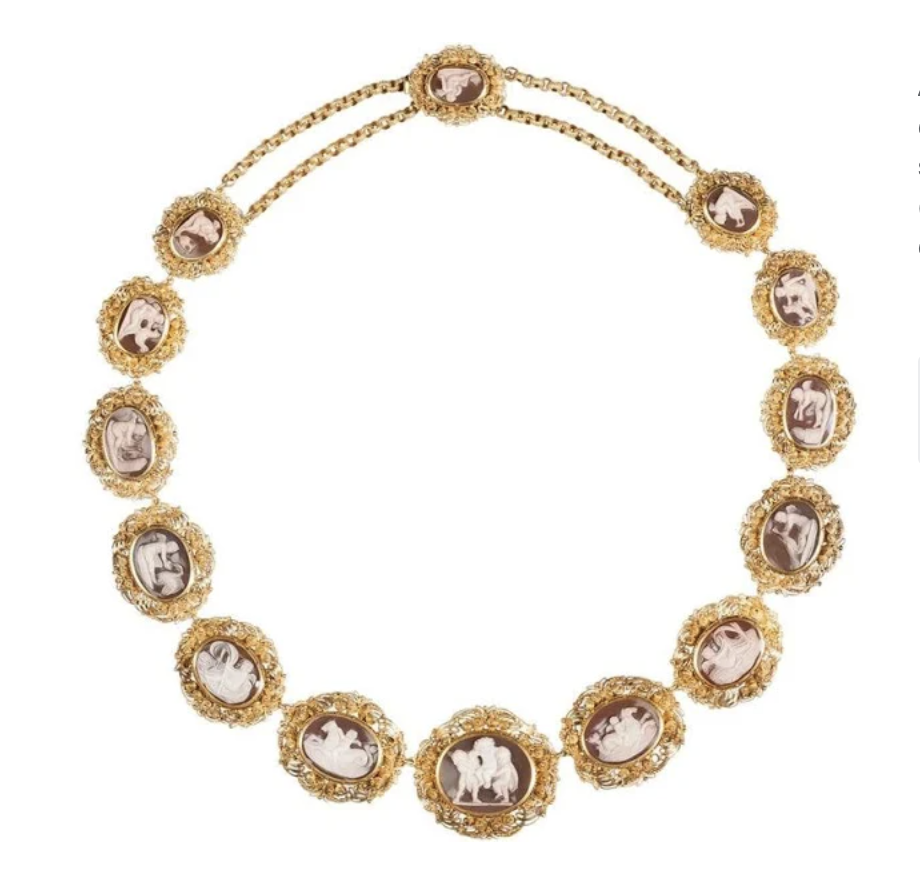 Next on the list is this amazing necklace from 1st Dibs. Cashing in at almost $36k, it’s pretty amazing. It features 14 cameos in agate and 15k gold. 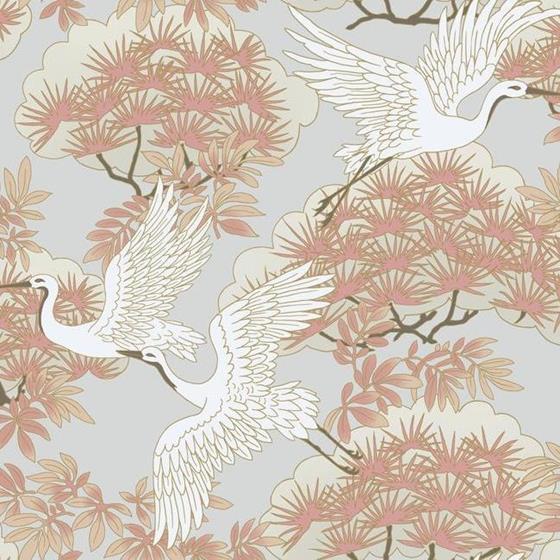 We could see this Ronald Redding Heron wallpaper by York gracing the walls of Lady Bridgerton’s dressing room. It has a regency feel, but could also be beautiful in spaces today. 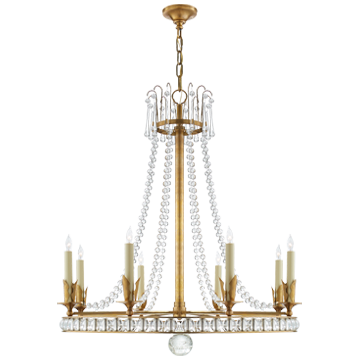 This Visual Comfort chandelier is called the Regency Chandelier and it definitely adds a regal and regent feel to any space. We can totally see Simon and Daphne dancing the quadrille under a row of these beauties. 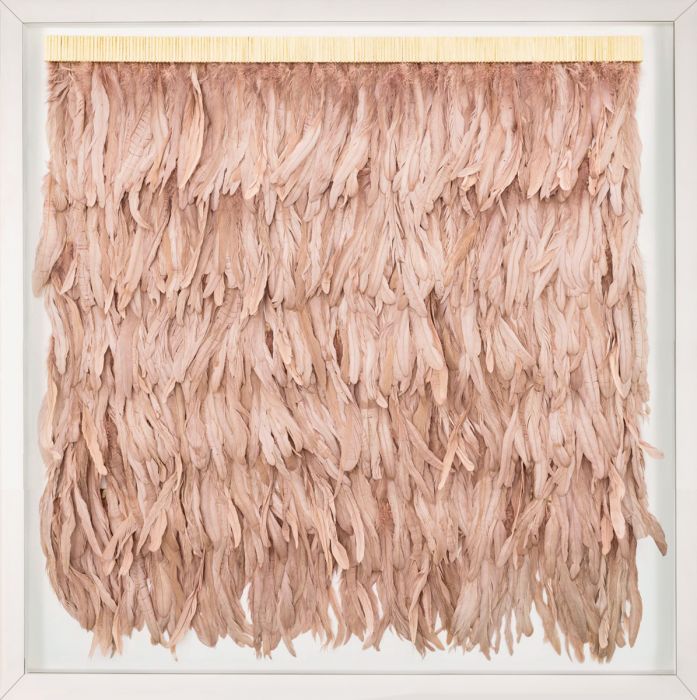 Feathers were quite abundant in the Regency era and I love the scene of the ladies as they are being presented to the queen in their white ostrich feathers in their hair. The ostrich feather was considered a symbol of truth, and we cannot lie, we’ve had our eyes on this feather art from Natural Curiosities for quite some time now! 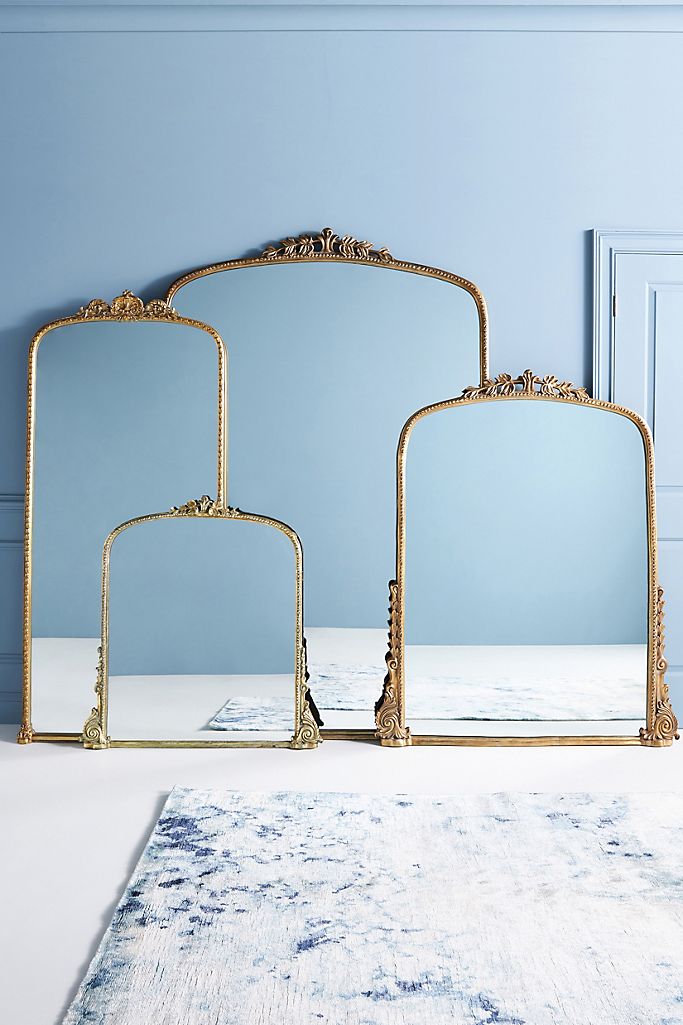 And last but not least, all grand spaces simply must include a beautiful mirror. These various sized gold mirrors from Anthropolgie will add the perfect amount of grandiosity to any space. Put it in an entry, over a mantle or in a bedroom or bath. We love how these can add a touch of glam and glitz to any space.